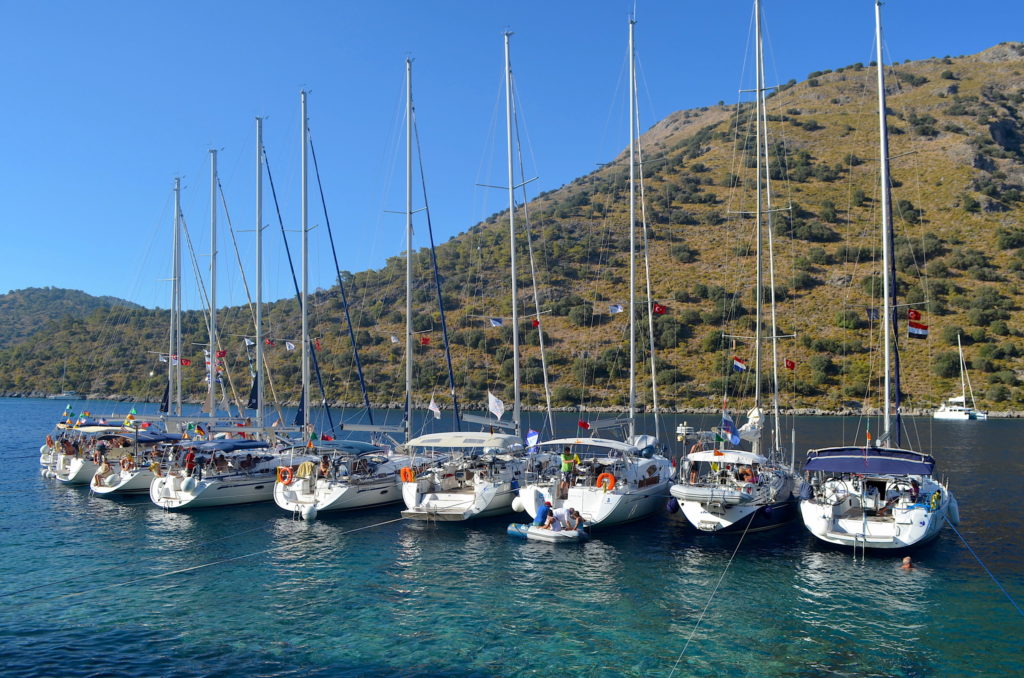 HPYF 2014 took us back to Gocek, where our very first HPYF event was organized back in 2008, with just 4 yachts. This area remains one of our
favourite sailing destinations on the Mediterranean. It is truly magical!
It was so heartening to see another year where over 80% of the participants are repeat ‘offenders’. This year’s newcomers were mainly sprinkled
across the established crews and they added so much to our enjoyment. Team Hash was this year’s new crew and they showed us the way in
sartorial elegance.

We were blessed with the most amazing weather, great sailing conditions and some beautiful swimming spots too. I feel very fortunate and I am sure
everyone else does too. 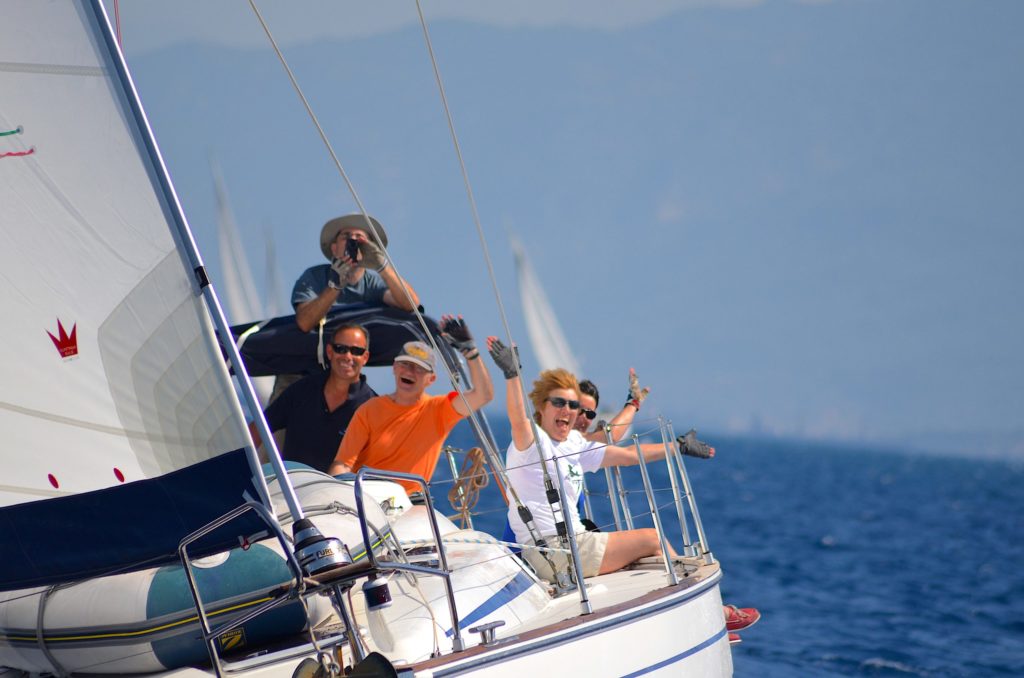 The event took place in the week 20 – 27 September, starting and ending in Gocek. We had 9 boats participating: 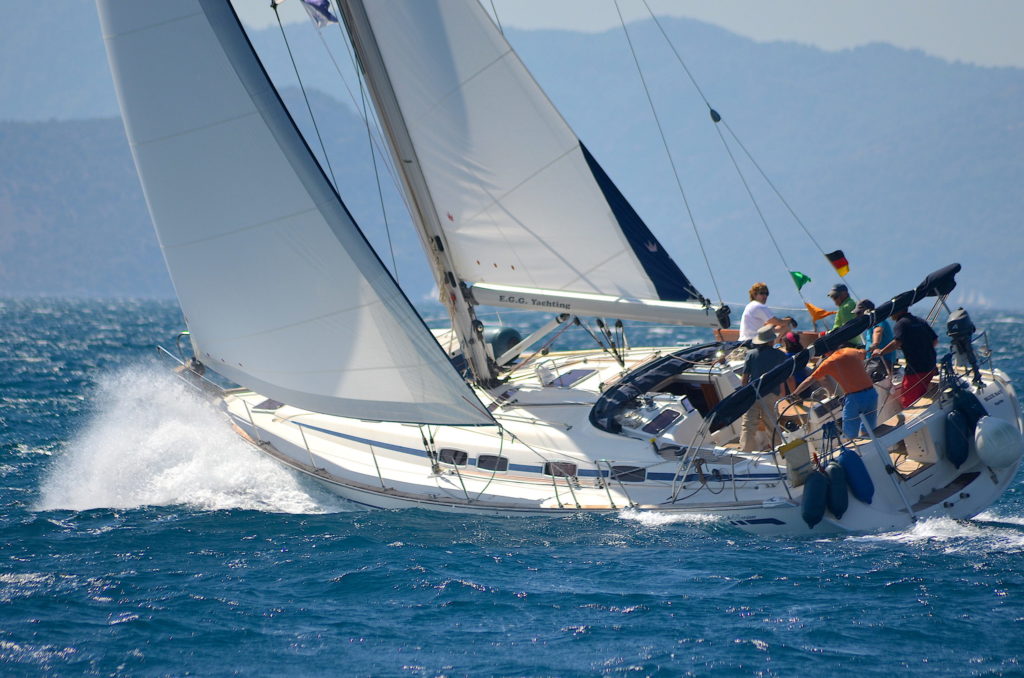 Congratulations to Philip Young and his crew on a very convincing and impressive victory! You’ve now raised the bar to which HPYF skippers
aspire.

There are many thanks that I would like to give for this year’s HPYF:

– Local charter company EGG with Inci at the helm made a fantastic partner of this event. Inci was our man on the ground, reliable and
imaginative as always. We are very lucky to have such great partners. Thank you Inci! 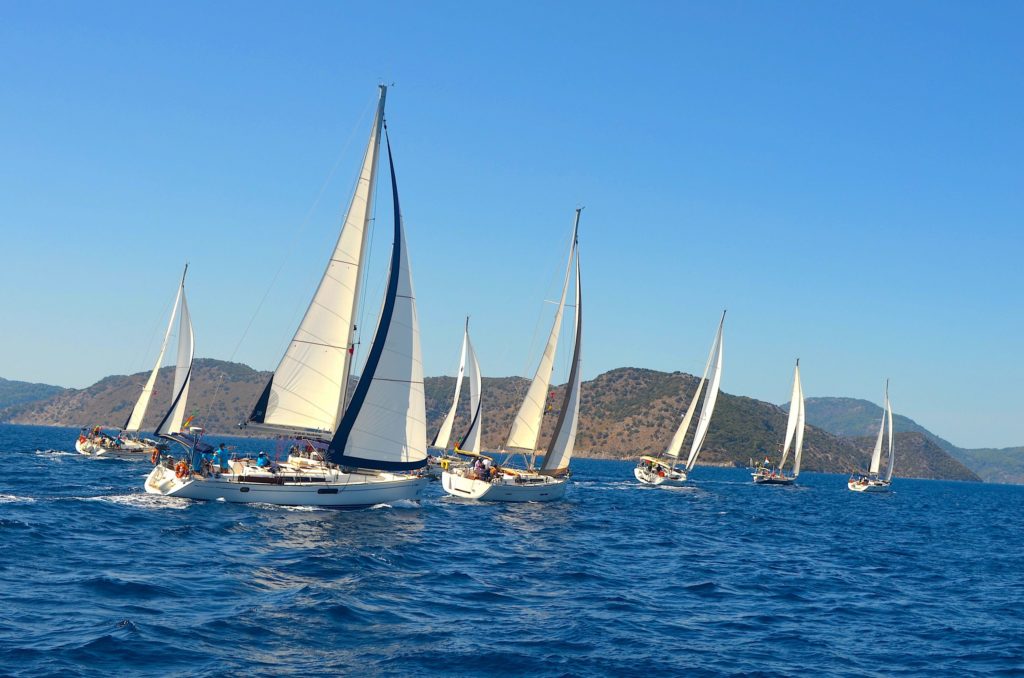 – Thank you all for continuing enthusiasm for the Roux Gourmet night. It is always a highlight of the event and so it was this year! Dave and Mike
produced the winning meals (congratulations guys!) but there were many other delicacies there that we all enjoyed tasting. Tori’s Mousse was a
masterpiece again! In case you are not aware of this yet, Tori has been appointed the Pudding Master for the HPYF gourmet night. 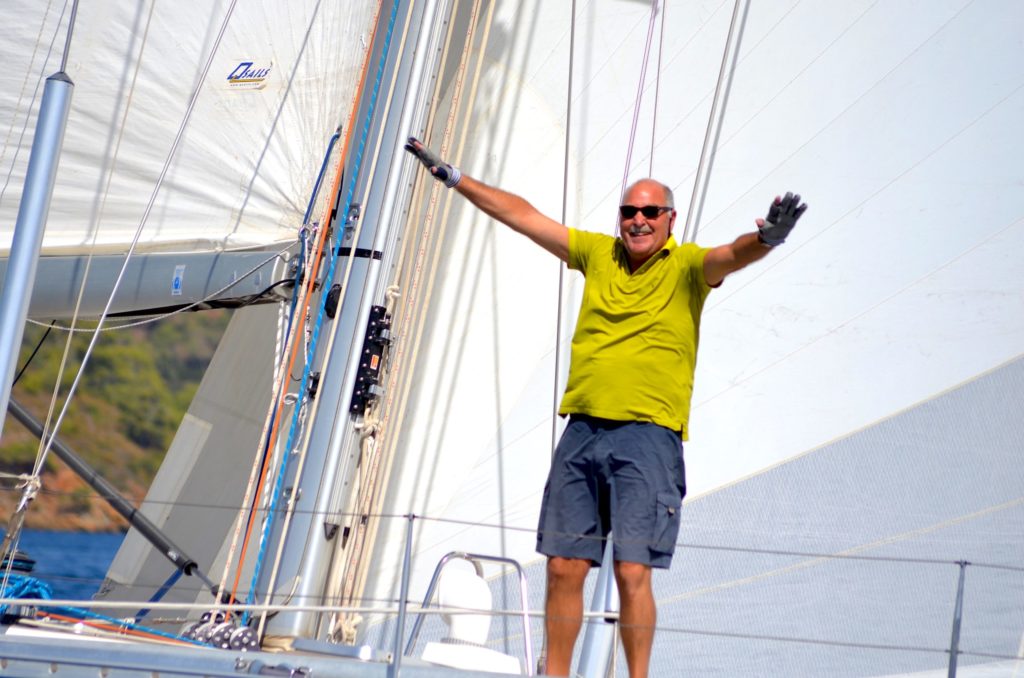 – Thank you Steven and his crew for being such a generous DJ host during the gourmet evening. We had so much fun!

– My biggest thanks go to John who put so much enthusiasm and work into producing another great Logbook, into organizing the courses, running
racing on daily basis, helping the skippers with useful advice when needed and all this while trying to tame his own crew! After all, HPYF is a team
work and would have never been possible with only one of us organizing it.

– Big thanks to our Dave for always being an enthusiastic part of the organization team, helping with organizing land transfers and with the logistics
on the ground…. And, for producing some fantastic meals during the week!

We have started working on plans for HPYF 2015 and will be back with more information shortly. Bookings will be, as usual, on a first come first served
basis. Thank you to those who have already applied for HPYF 2015, we have opened the list! 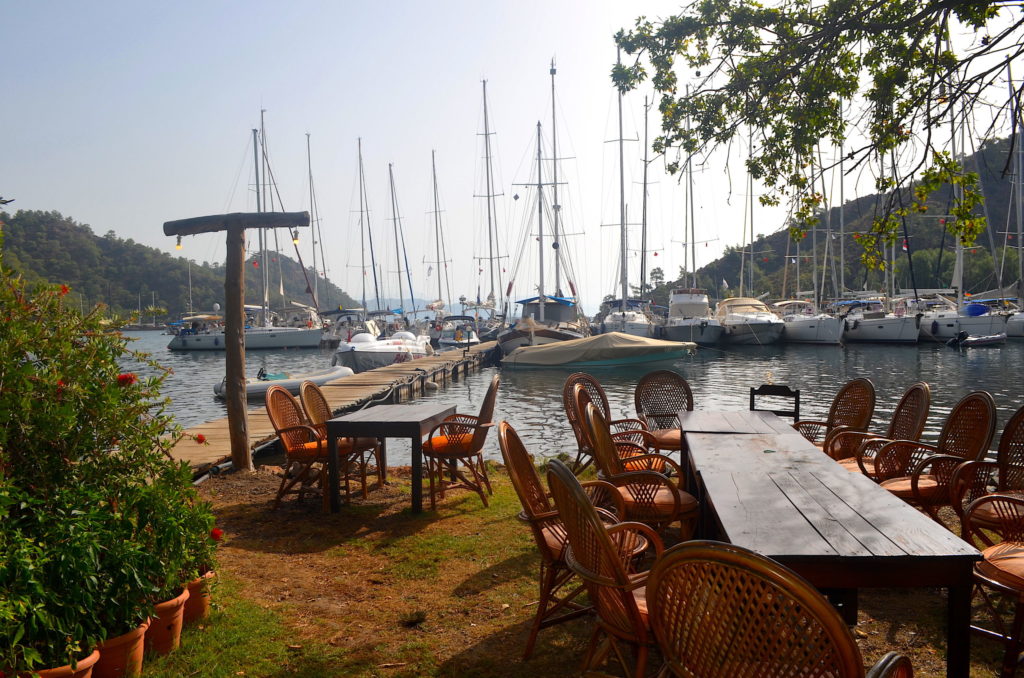 It was great to spend a week with you all and I very much look forward to seeing you again next year, wherever that will be. 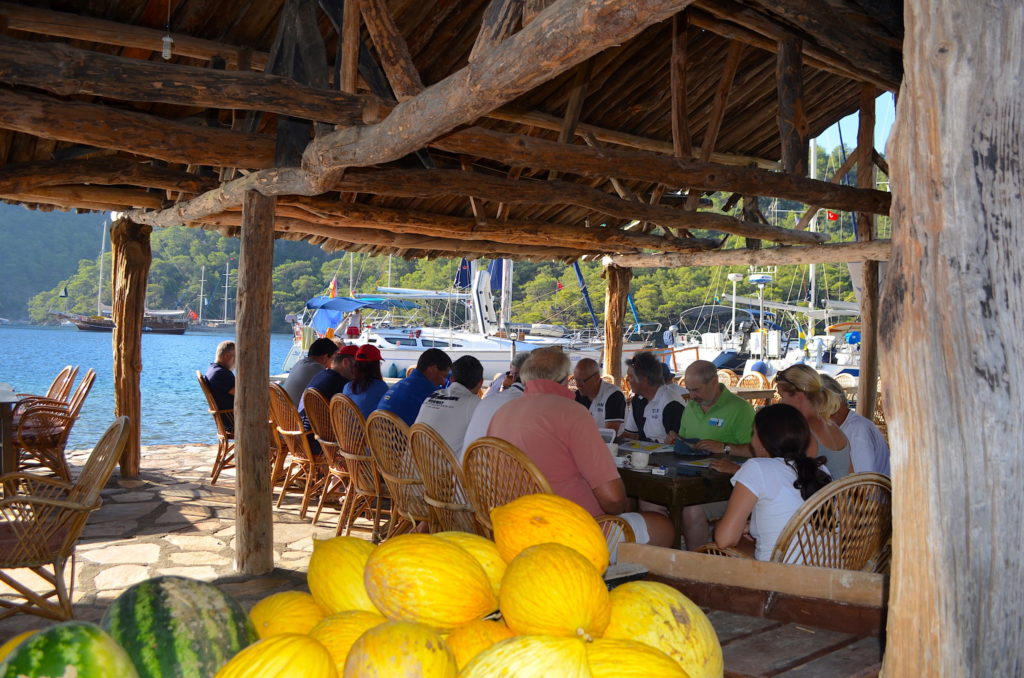