The Cyclades’ 39 islands are perfect for an island-hopping sailing holiday. Each island has its own character, from cosmopolitan Mykonos to rustic and traditional Santorini. 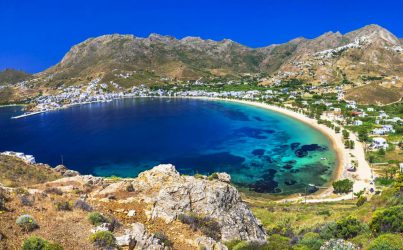 On the south side of Nikolaos Bay (which was a pirate strong hold in the 13th century) is the little port of Korissia, with the remains of its ancient town walls. The famous lion (carved from the native rock in the 6th century BC) can be seen just north-east of Kea Town. Another highlight is the beautiful bay of Poleis, where you can anchor. Vourkari, a small bay with lots of excellent taverns, small shops and bars, is worth a visit. 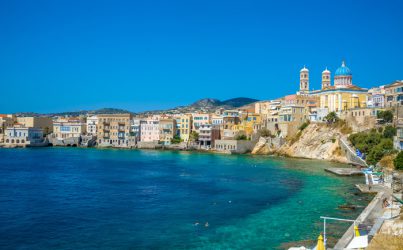 Syros is the capital of the Cyclades. There are a number of great bays in which to anchor: Varis in the south and Delfino, Megas Lakkos & Kini along the west coast. Syros is also famous for the local sweet named loukoumi, has a lot of good traditional restaurants and various cultural events through the summer. 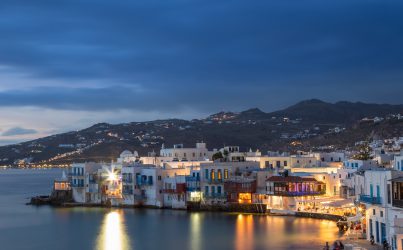 Mykonos is the most popular island of the Cyclades. It offers a great night-life with beautiful beaches and excellent restaurants. Chora, with its ancient windmills, overlooking the white houses along the waterfront, is a port of great charm. Mykonos is formed of gulfs that penetrate deeply into the lands. The most important gulfs are the Panormouand of Ornou. Jackie Kennedy and Aristotle Onassis, were frequent visitors in the 1960s. It still attracts the jet set and plenty of others who like to party! 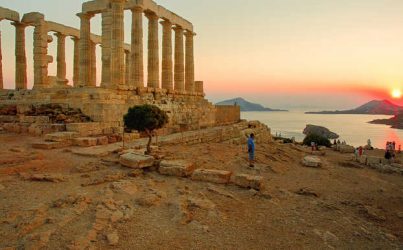 Cape Sounio was an important religious site during the Greek Archaic, Classical, and Hellenistic periods. The ruined temple of Poseidon from the 5th century BC still stands on top of a headland, overlooking the cape, surrounded on three sides by the sea. The poet Lord Byron carved his name into the temple, where it can still be seen. 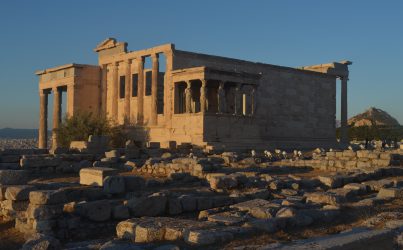 The Capital of Greece. Athens is built around the Acropolis and the pinnacle crag of Mt. Lycabettus, which the goddess Athena was said to have dropped from the heavens as a bulwark to defend the city. The suburbs have covered the barren plain in all directions, but the city is packed with lively taverns and bustling shops. 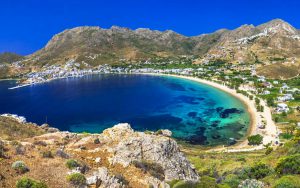 View all yachts in Greece - Cyclades